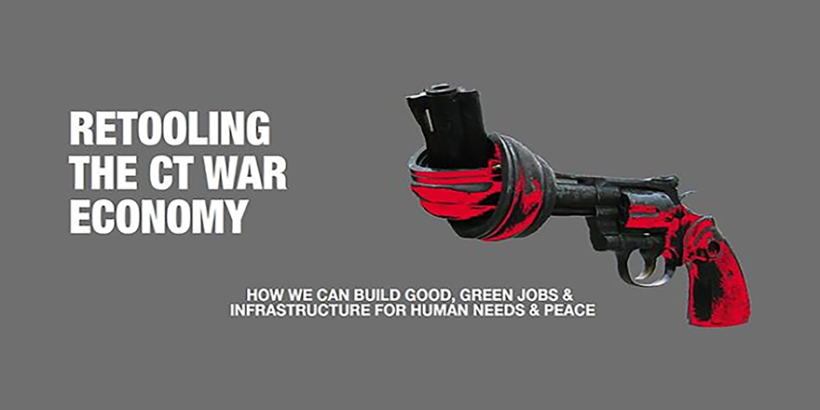 WHEREAS, by vote of the Board of Alders the New Haven ballot in November 2012 contained the nonbinding referendum, “Shall Congress reduce military spending; transfer funds to convert to civilian production; create jobs to rebuild our infrastructure; meet pressing human needs?”

WHEREAS, 23,398 citizens voted for this resolution and only 4,152 voted against it, thus
it passed overwhelmingly by nearly six to one;

WHEREAS each year the Pentagon and other Federal Departments engaged in war and preparations for war are provided 55% of the Federal Discretionary Budget, that is money raised by our taxes and borrowing, leaving all other needs of the people – education, veterans benefits, housing and community, healthcare, social security and unemployment and labor, energy and environment, international affairs, science, transportation, food and agriculture – to divide up among them the remaining 45%;

WHEREAS in 2013 the State of Connecticut passed Public Act 13-19, which called for establishing a Commission to investigate how CT could create jobs manufacturing civilian, green products as alternatives to producing weapons for war;

WHEREAS the National Priorities Project, a nonprofit organization based in Northampton, Massachusetts, annually analyzes and publishes information and charts detailing how the large US military budget and ongoing wars take funds important for human needs required by every city, congressional district and state, and if redirected what products and services these funds might provide;

WHEREAS one of the Board of Alders’ main priorities is developing livable wage jobs for New Haven residents, which would include service sector jobs;

WHEREAS the Board of Alders has in past years held public hearings with presentations by the National Priorities Project;

And WHEREAS the city of New Haven has limited resources both to fulfill the human service needs of the city and to generate good jobs;

Therefore, the City of New Haven Peace Commission urges the Human Services Committee of the Board of Alders to

1) call one or more public hearings in the winter/spring of 2016 to reveal what the extent of the city’s public and human services needs are, what the gaps are between the city’s needs and all funds provided by taxes, grants and debt, and how those gaps could be met by reducing the annual national military budget;

2) invite representatives of the National Priorities Project and any other organization that weighs spending on military versus human needs to make presentations; and

And WHEREAS: Such a public hearing, duly noticed, was held by the Human Services Committee of the Board of Alders on January 26, 2017, where an informative discussion was achieved.

NOW, THEREFORE, BE IT RESOLVED that the New Haven Board of Alders shall send a letter with a copy of this resolution to all of the city’s federal legislators, urging them to cut the military budget and use the savings to fund human services, infrastructure and other local needs.