It’s worth studying the experience of New Haven CT which illustrates what can be done at a more advanced stage. Thanks to years of consistent work by local peace and justice forces, New Haven has a formal Peace Commission, which is a regular city commission. The peace movement also has good relations with members of its city council — the Board of Alders.

The Greater New Haven Peace Council and the Peace Commission worked together to introduce a resolution into the Board of Alders. The resolution was sent to a committee of the Board, which set a public hearing date. The two peace groups then collaborated to invite representatives of various civic organizations to testify at the hearing. The two invited the National Priorities Project to testify — nationalpriorities.org. NPP researches the military budget and what the money could buy if it went to human needs.

New Haven has already held several public hearings. In one case with support of the mayor peace movement invited city department heads to testify what they could do with extra money if the country were to redirect money from the military budget. It was powerful testimony. They were actually happy to imagine how they could do their jobs if not constantly constrained by low budgets.

In 1989 and in 2012, the resolution was written in the form of a referendum to be placed on the November ballot. In both cases, the referendum won overwhelmingly.

This year, 2020, the New Haven peace movement is working on yet another, stronger referendum. Following the 2012 referendum, letters with copies of the referendum were sent to CT’s two US Senators and New Haven’s one member of the US House of Representatives asking them to respond. They didn’t bother.

Also, in 2012 we urged our then state senator Toni Harp to introduce legislation to create a state commission to examine how Connecticut could convert from weapons to manufacturing items useful in a civilian economy. That legislation became law and the commission was created for one year.

In 2017 New Haven’s Board of Alders passed yet another resolution calling for public hearings. In 2017 our new mayor Toni Harp, sent it to the US Conference of Mayors, where it passed unanimously.

The Greater New Haven Peace Council has also proposed a local ordinance that would require the Mayor every year to send a letter to our representatives in Congress requesting they respond by detailing what they have done in the past 12 months to cut the military budget and move the money to human needs. 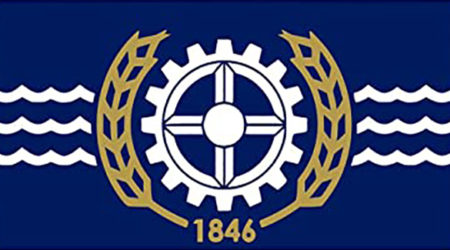 At the City Council in Charlottesville, VA