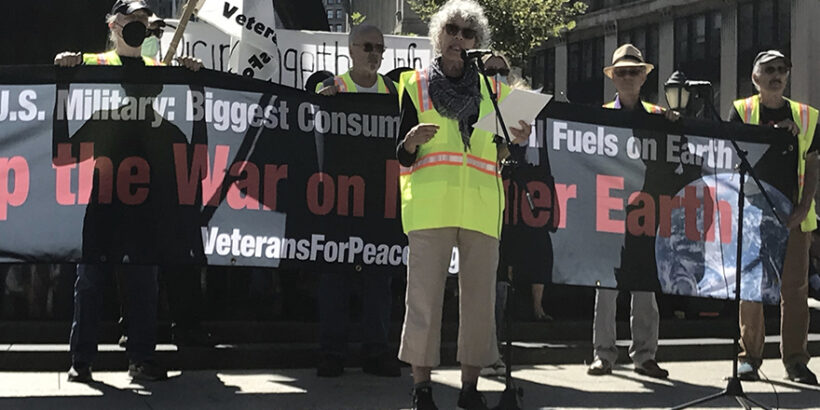 New York City  – like cities and towns across the nation – has been shortchanged for decades.    Even before the ten-year Sequester that cut social funding to the bone and then cut some more, black, brown and immigrant communities have suffered while our more affluent mostly white communities have at most encountered minor inconvenience.

A major reason for this suffering has been the USA’s pampering of the Pentagon, showering the military and its big industrial contractors with over half of the Congressional “discretionary” budget year after year after year.   It is time we moved the money from war to our communities.

The pandemic has revealed the stark inequalities  too many communities here have suffered  for all those many  years.    Underfunded  public schools from K-12 all the way through the once-proud CUNY system; insufficient public healthcare and overpriced private care,  unaffordable transit and housing ; libraries, parks and cultural facilities going to pot and gradually being privatized so that only the elite professionals and the moneyed class can afford them.

Meanwhile the Pentagon and the military/foreign policy establishment keeps grabbing half or more of our hard-earned tax dollars.  This year nearly three quarters of a trillion dollars!   It is time to move the money.

We need  new people-centered priorities in this country.   War spending has NOT made us more  secure.  In fact it has helped destroy much that is good in our communities while wreaking great damage abroad.

We need to move the money from war to our communities.   The mayors of this country keep raising the alarm.  Several years ago they urged cities to hold the kind of in-depth hearings we need to put NYC firmly on the record in opposition to yearly runaway military spending at a time when we have countless homeless veterans roaming our streets.  At a time when too many children can’t count on a square meal every day or  a safe place to play.

We need to move the money from war to our communities.  Nuclear weapons are now taking upwards of $30 billion a year alone.  Think what $30 billion could do for our cities and towns.  Now multiply that by ten … and you still do not reach HALF the current military budget for this year alone.   Think what $300 billion .. 40% of the military budget could mean to our cities and towns if redirected to our communities, to build real hope and security and provide the needed resources our communities so desperately need.   Even a  10% of the military budget – which 93 Congress Members voted for last year would be a big step in the right direction.

We need to move the money from war to our communities.  To our black, brown, immigrant working class communities here in New York City and to communities urban and rural throughout the land.  New York’s City Council needs to take a stand.

Pass Resolution 747-A THIS YEAR.  Hold the hearings. MOVE THE MONEY!