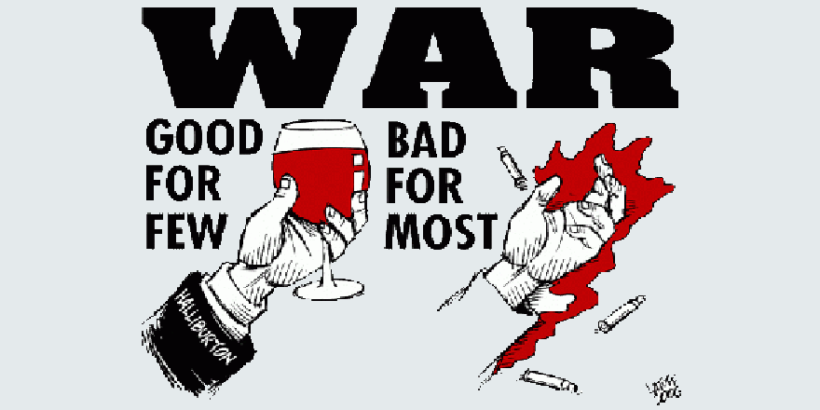 U.S. cities and states are heavily reliant on federal funds. The average state government receives approximately 30 percent of its revenues from the federal government. In 2015, New York City received $6.3 billion in federal funds.[1]

The United States discretionary budget supports many of the programs that support New York residents, including Title I aid to public schools, the Child Care and Development Block Grant, and housing programs like Section 8, public housing and homeless assistance grants.

But the priorities in our federal budget do not reflect the urgency of these needs. In 2018, the Pentagon and military will account for 54 percent of all federal discretionary spending, or $700 billion.  A one percent cut in the Pentagon budget would be enough to double federal aid to New York City.

Military spending in many cases far outstrips what is needed for national security. In one egregious example, a Washington Post investigation uncovered a Pentagon report that identified $125 billion in wasteful Pentagon spending over five years.[2] The Pentagon buried the report and made no effort to address the wasteful spending. More recently, an Ernst & Young audit found that a Department of Defense agency could not account for $800 million in spending.[3]

That money is badly needed in our cities and towns. In 2018, New York City taxpayers will contribute an estimated $27 billion to the military, including current wars, the Pentagon, nuclear weapons and more. Returning the military budget to pre-2017 levels (a roughly 10 percent cut) could return $2.7 billion in federal tax dollars to New York City.

That $2.7 billion could serve the city’s needs in various ways:

Our nation’s ill-begotten wars of the last 16 years have cost our quality of life. Since 2001, New York City taxpayers have contributed more than $71 billion to the cost of wars in Iraq, Afghanistan, Syria and Yemen. Even as the costs of these conflicts have decreased from their peak, in 2015 New York City taxpayers were still paying $331,000 per hour to fund U.S. wars abroad.[8]

Instead, we’ve funded sixteen years of war. These are not the priorities of most Americans, and yet our political system continues to yield more military spending that does not make us safer. These same investments made in our communities would lead to increased safety, prosperity and economic security.